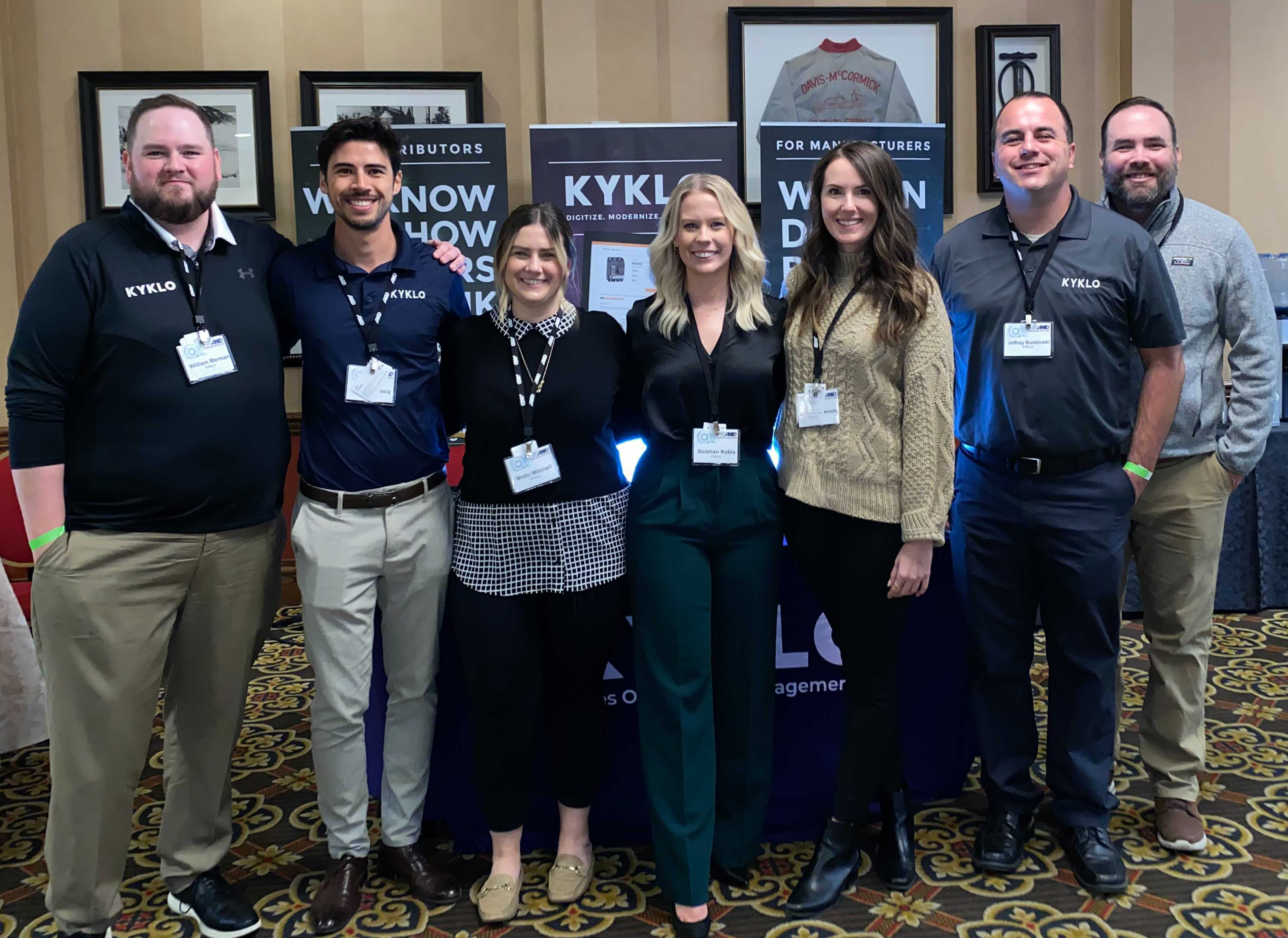 Once again AHTD lived up to their moniker/hashtag #AHTDRocks and we kind of believe KYKLO helped in the whole “Rocking” department. Seven people from KYKLO attended the event. The Lucky-7 number goes hand-in-glove with the AHTD’s Final Party Event – An Evening in Monte.

Our group was more than busy during the conference. KYKLO held over 80 unique meetings with existing and potential clients. This allowed our Customer Success Managers time to better understand the current situation with clients and better engage in their role of accelerating the online success of the people who employ KYKLO to drive their digital presence.

Our many meetings with manufacturers allowed us to share some of the details of KYKLO’s Omnichannel Index, which is the first expert assessment of manufacturers within the Automation Industry. For those of you unfamiliar with the study, KYKLO evaluated the web presence of a handpicked list of manufacturers of all sizes who participate in the automation industry. Using a detailed methodology, which analyzes and scores share of voice, home page, discovery, discovery of products, product content, and conversion, the index allows a manufacturer to better understand their digital footprint in a crowded market.

Capping off the Fall Meeting, KYKLO hosted a Party Bus tour of a few of Colorado Springs’ vibrant hipster-bar nightspots. Loaded to capacity with nearly 50 of KYKLO’s friends, and staff, the tour created the perfect atmosphere for conversation and camaraderie. While a few of the conversations were straight business, most of the group engaged in the kinds of things that bring people closer together on a human level.

Somehow, we thought the Party Bus would be the single most exciting event tied to this fall’s AHTD meeting, but we were wrong. It seems several AHTD attendees had something even more dramatic on their homeward journey. If you were on the American Flight from Colorado Springs to Dallas on Saturday afternoon, you know what we mean. KYKLO team member Alyssa Peterson and over a dozen AHTD folks found themselves participating in an emergency landing in Amarillo, Texas.

According to reports, about midway through the flight, the pilot made an announcement the plane would be making a short unscheduled landing in Amarillo. The plane came in very low and slow. Several folks with window seats couldn’t help but observe the runway was loaded with emergency vehicles – fire trucks, and ambulances. Never something to take lightly.

The plane slammed on the brakes a couple of times then came to a hard stop. It was only then; the announcement came out that the hydraulic system which enables stopping and steering the aircraft, had failed. Not a good thing. Thankfully, no accidents or mishaps were reported.

By the time the “rescue flight” arrived, everyone missed their connecting flights. Our teammate, Alyssa, made it home around 18 hours later than planned. If you were one of the people who experienced this little bit of excitement, we would like to hear your story.

Finally, if we did not get a chance to chat at AHTD, give us a call. We are here and would love to chat with you.